Uterine Fibroids also called uterine polyps or myomas are the non-cancerous tumours which grow in the walls of women’s uterus. These fibroids usually vary in sizes and women can have a single fibroid or in clusters. Small or tiny tumors may not cause any symptoms, whereas if these fibroids expand, they increase pressure on the bladder and lead to symptoms like pain and abnormal menstruation.

Fibroids are also known by the following names : 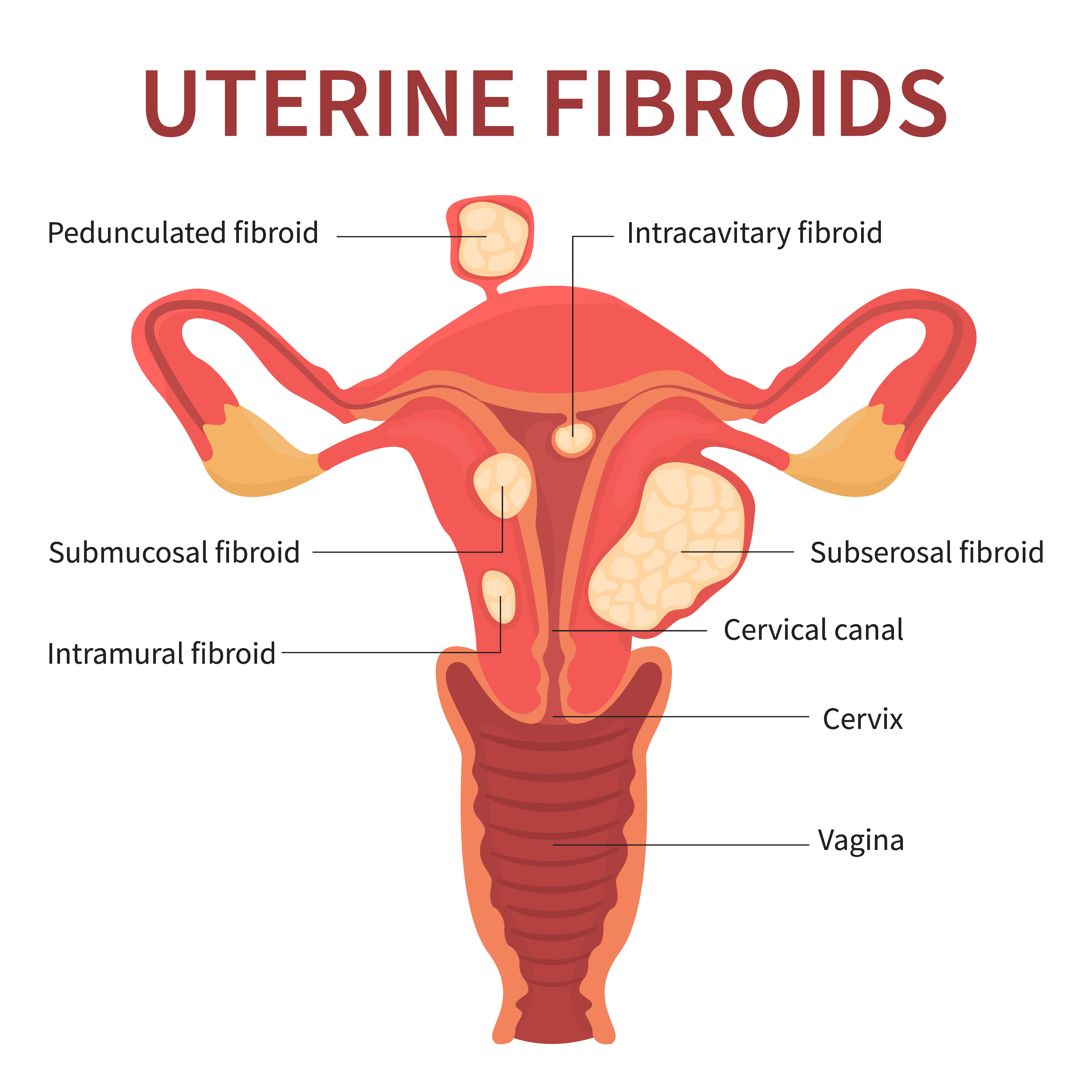 The type of fibroid a woman develops depends on its location in or on the uterus . 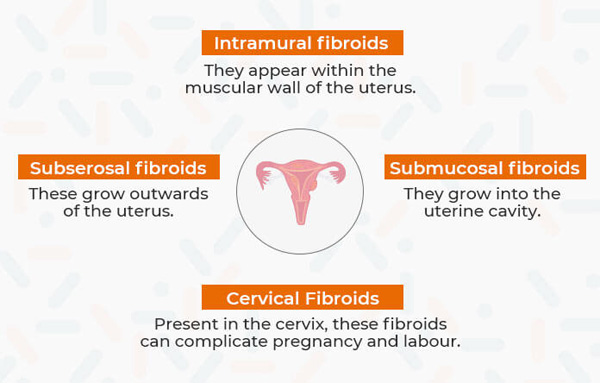 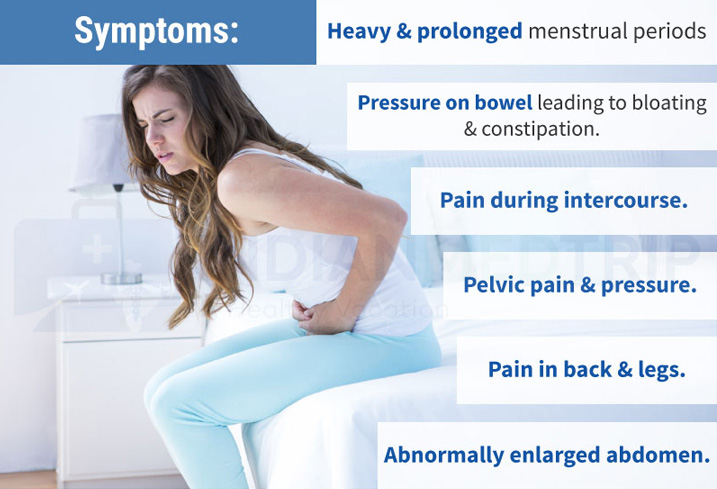 There are few known risk factors for uterine fibroids, other than being a woman of reproductive age.Factors that can have an impact on fibroid development include:

Complications with pregnancy to include placental abruption, decreased fetal growth, or preterm delivery. they can cause discomfort and may lead to complications such as a drop in red blood cells (anemia), which causes fatigue, from heavy blood loss. Rarely, a transfusion is needed due to blood loss.