Menopause is a natural biological process. But the physical symptoms, such as hot flushes, and emotional symptoms of menopause may disrupt sleep, lower energy or affect emotional health.

A woman is born with all of her eggs, which are stored in her ovaries. Her ovaries also make the hormones estrogen and progesterone, which control her period (menstruation) and the release of eggs (ovulation).Menopause happens when the ovaries no longer release an egg every month and menstruation stops.

Menopause is a regular part of aging when it happens after the age of 40. But some women can go through menopause early. It can be the result of surgery, like if their ovaries are removed in a hysterectomy , or damage to their ovaries, such as from chemotherapy. If it happens before age 40, for any reason, it’s called premature menopause.Menopause Symptoms 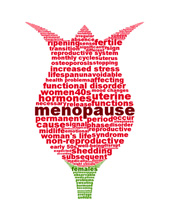 In the months or years leading up to menopause (perimenopause),

Most women nearing menopause will have hot flashes, sudden feelings of warmth that spread over the upper body, often with blushing and sweating.

These flashes can range from mild in most women to severe in others.Patient may also notice : 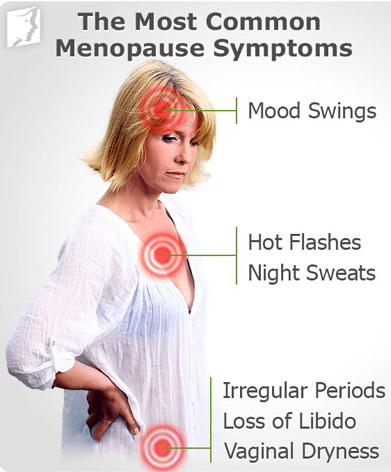 Menopause can result from :

Surgery that removes the ovaries (oophorectomy). ovaries produce hormones, including estrogen and progesterone, that regulate the menstrual cycle. Surgery to remove your ovaries causes immediate menopause. periods stop, and likely to have hot flashes and experience other menopausal signs and symptoms. Signs and symptoms can be severe, as hormonal changes occur abruptly rather than gradually over several years.

Surgery that removes uterus but not ovaries (hysterectomy) usually doesn't cause immediate menopause. Although no longer have periods, ovaries still release eggs and produce estrogen and progesterone.

These cancer therapies can induce menopause, causing symptoms such as hot flashes during or shortly after the course of treatment. The halt to menstruation (and fertility) is not always permanent following chemotherapy, so birth control measures may still be desired. Radiation therapy only affects ovarian function if radiation is directed at the ovaries. Radiation therapy to other parts of the body, such as breast tissue or the head and neck, won't affect menopause.

About 1% of women experience menopause before age 40 (premature menopause). Premature menopause may result from the failure of your ovaries to produce normal levels of reproductive hormones (primary ovarian insufficiency), which can stem from genetic factors or autoimmune disease. But often no cause of premature menopause can be found. For these women, hormone therapy is typically recommended at least until the natural age of menopause in order to protect the brain, heart and bones.

After menopause, risk of certain medical conditions increases. Examples include :