A viral infection that's serious for small children but is easily preventable by a vaccine. The disease spreads through the air by respiratory droplets produced from coughing or sneezing. Measles symptoms don't appear until 10 to 14 days after exposure. They include cough, runny nose, inflamed eyes, sore throat, fever and a red, blotchy skin rash.

Measles can be spread through the air from respiratory droplets and small aerosol particles. An infected person can release the virus into the air when they cough or sneeze. These respiratory particles can also settle on objects and surfaces. can become infected if come into contact with a contaminated object, such as a door handle, and then touch face, nose, or mouth.The measles virus can live outside of the body for longer than may think. In fact, it can remain infectious in the air or on surfaces for up to two hours.

Measles is a childhood infection caused by a virus. Once quite common, measles can now almost always be prevented with a vaccine.Also called rubeola, measles can be serious and even fatal for small children. While death rates have been falling worldwide as more children receive the measles vaccine, the disease still kills more than 100,000 people a year, most under the age of 5. 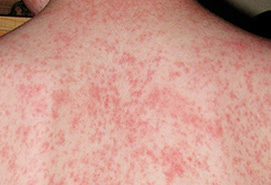 The infection occurs in a sequence of stages during a period of two to three weeks.

For the first 10 to 14 days after you're infected, the measles virus incubates. N have no signs or symptoms of measles during this time. 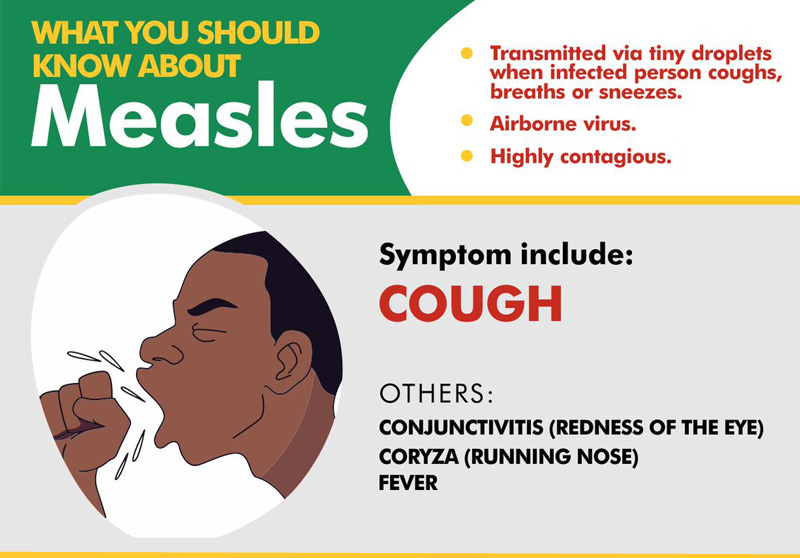 A person with measles can spread the virus to others for about eight days, starting four days before the rash appears and ending when the rash has been present for four days.

Risk factors for measles include:

Complications of measles may include: 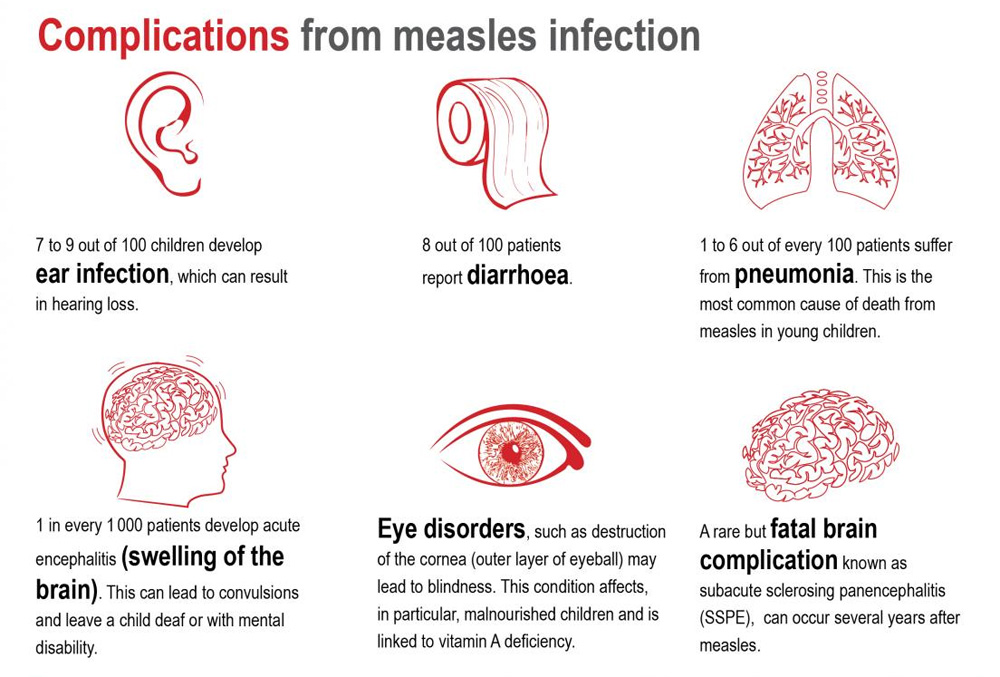