Acquired immunodeficiency syndrome (AIDS) is a chronic, potentially life-threatening condition caused by the human immunodeficiency virus (HIV). By damaging your immune system, HIV interferes with your body's ability to fight infection and disease.

HIV is a sexually transmitted infection (STI). It can also be spread by contact with infected blood or from mother to child during pregnancy, childbirth or breast-feeding. Without medication, it may take years before HIV weakens your immune system to the point that you have AIDS. 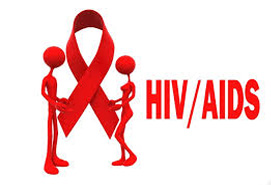 HIV is a virus that damages the immune system. The immune system helps the body fight off infections. Untreated HIV infects and kills CD4 cells, which are a type of immune cell called T cells. Over time, as HIV kills more CD4 cells, the body is more likely to get various types of infections and cancers.

AIDS is a disease that can develop in people with HIV. It’s the most advanced stage of HIV. But just because a person has HIV doesn’t mean they’ll develop AIDS.

A person can also be diagnosed with AIDS if they have HIV and develop an opportunistic infection or cancer that’s rare in people who don’t have HIV. Without treatment, a person with HIV is likely to develop a serious condition called AIDS. At that point, the immune system is too weak to fight off other diseases and infections. Untreated, life expectancy with AIDS is about three years.

The immune system is severely compromised. It’s weakened to the point where it can no longer fight off most diseases and infections. That makes the person vulnerable to a wide range of illnesses,

The shortened life expectancy linked with untreated AIDS isn’t a direct result of the syndrome itself. Rather, it’s a result of the diseases and complications that arise from having an immune system weakened by AIDS.

The symptoms of HIV and AIDS vary, depending on the phase of infection. 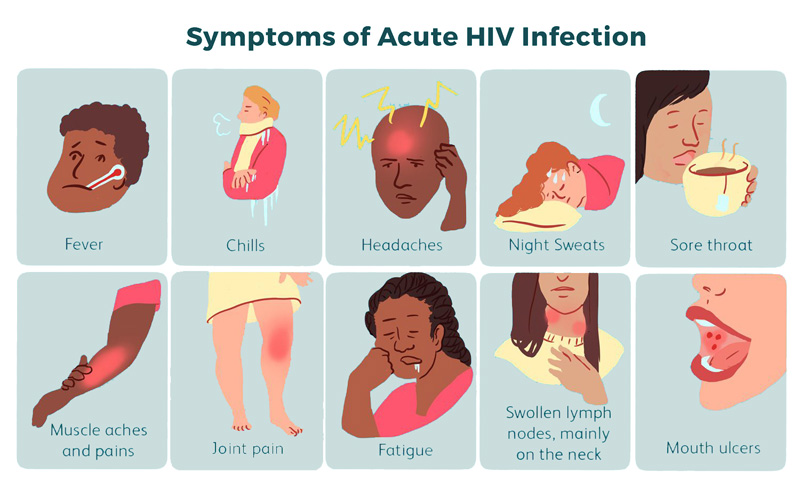 These symptoms can be so mild that you might not even notice them. However, the amount of virus in your bloodstream (viral load) is quite high at this time. As a result, the infection spreads more easily during primary infection than during the next stage. 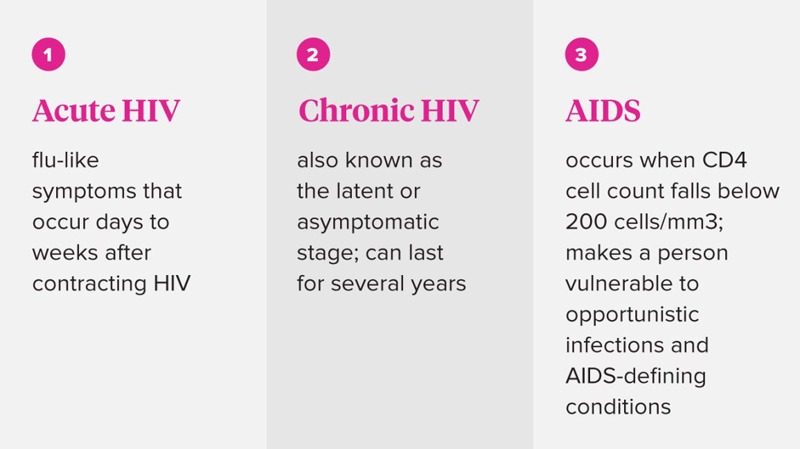 Each of these symptoms can also be related to other illnesses. The only way to know for sure if you have HIV is to get tested. If you are HIV-positive, a health care provider will diagnose if your HIV has progressed to stage 3 (AIDS) based on certain medical criteria.

Many of the severe symptoms and illnesses of HIV disease come from the opportunistic infections that occur because your body’s immune system has been damaged.

HIV is transmitted through bodily fluids that include :

The virus doesn’t spread in air or water, or through casual contact.

Some of the ways HIV is spread from person to person include : 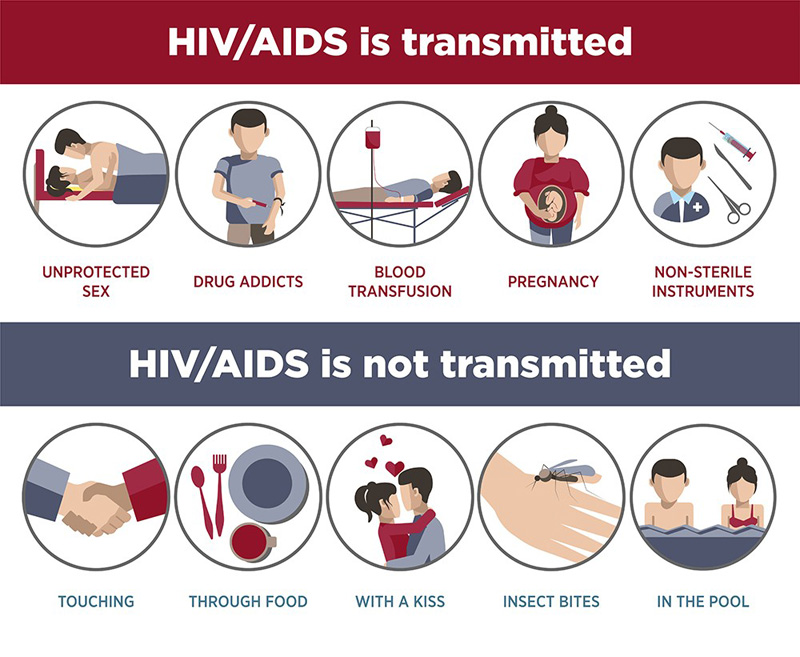 Anyone of any Age, Race, Sex or Sexual orientation can be infected with HIV/AIDS.Risk of HIV/AIDS if :

HIV can be diagnosed through blood or saliva testing. Available tests include :