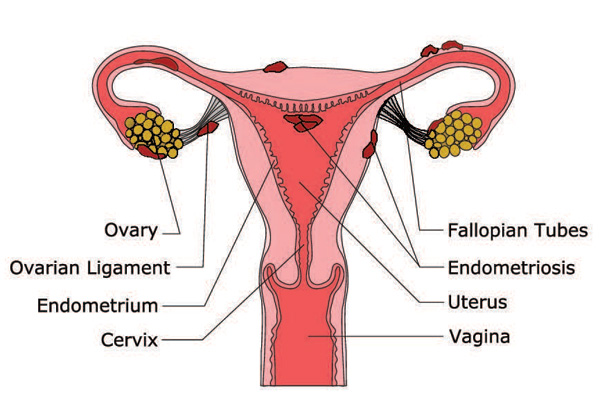 The hormonal changes of your menstrual cycle affect the misplaced endometrial tissue, causing the area to become inflamed and painful. This means the tissue will grow, thicken, and break down. Over time, the tissue that has broken down has nowhere to go and becomes trapped in your pelvis.

This tissue trapped in your pelvis can cause :

There are three main types of endometriosis, based on where it is :

The symptoms of endometriosis vary. Some women experience mild symptoms, but others can have moderate to severe symptoms. The severity of your pain doesn’t indicate the degree or stage of the condition.

Pelvic pain is the most common symptom of endometriosis. may also have the following symptoms : 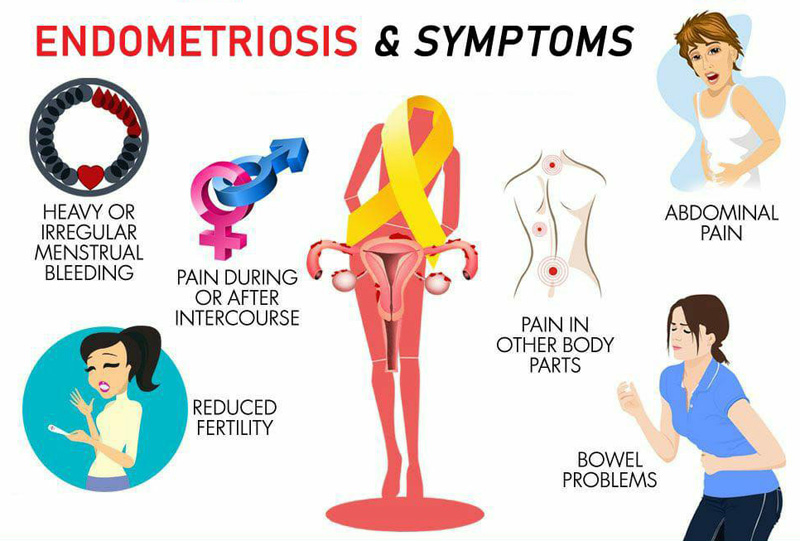 Although the exact cause of endometriosis is not certain, possible explanations include: 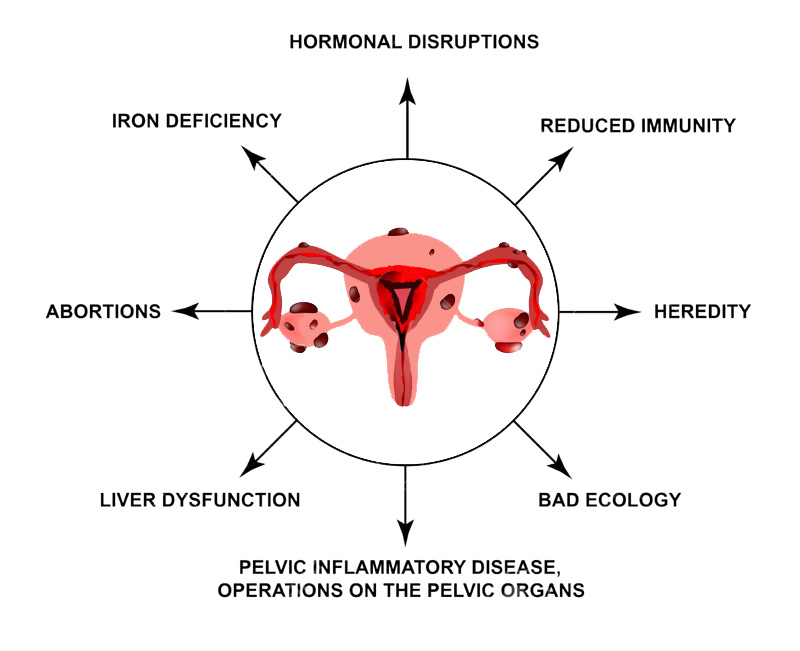 Several factors place you at greater risk of developing endometriosis, such as :